SerenityOS is a Unix-y love letter to the ’90s 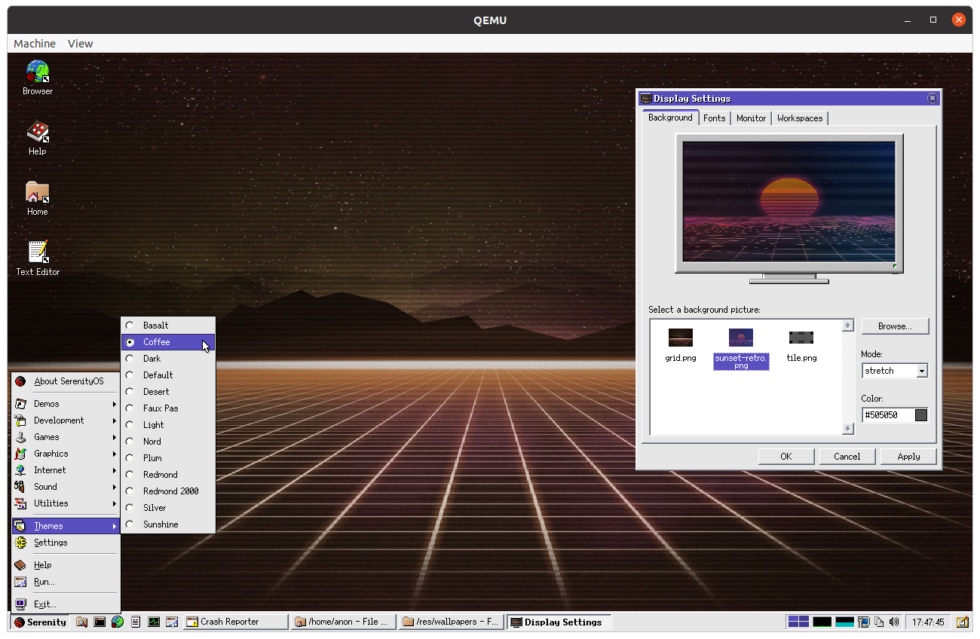 Today, I test-drove an in-development operating system project that seems almost disturbingly tailored to me specifically: SerenityOS. I cannot possibly introduce SerenityOS more accurately than its own website does:

SerenityOS is a love letter to '90s user interfaces with a custom Unix-like core. It flatters with sincerity by stealing beautiful ideas from various other systems. Roughly speaking, the goal is a marriage between the aesthetic of late-1990s productivity software and the power-user accessibility of late-2000s *nix. This is a system by us, for us, based on the things we like.

Every word of this introduction is almost surgically accurate. To someone in SerenityOS's target demographic—someone like myself (and likely many Arsians), who grew up with NT4 systems but matured on modern Linux and BSD—SerenityOS hits like a love letter from the ex you never quite forgot.