A decade and a half of instability: The history of Google messaging apps 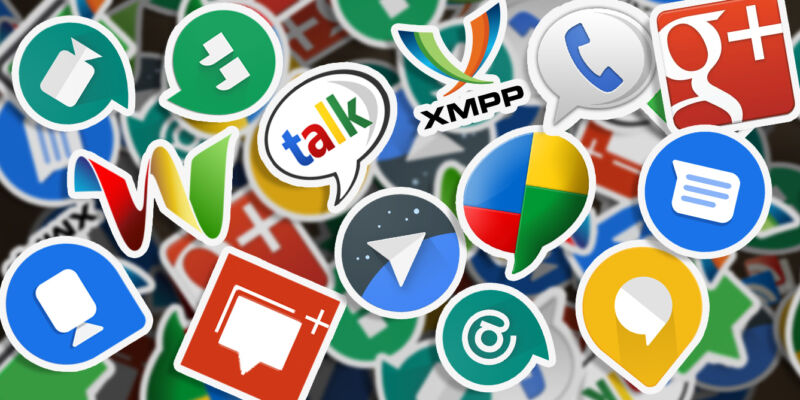 Google Talk, Google's first-ever instant messaging platform, launched on August 24, 2005. This company has been in the messaging business for 16 years, meaning Google has been making messaging clients for longer than some of its rivals have existed. But thanks to a decade and a half of nearly constant strategy changes, competing product launches, and internal sabotage, you can't say Google has a dominant or even stable instant messaging platform today.

Google's 16 years of messenger wheel-spinning has allowed products from more focused companies to pass it by. Embarrassingly, nearly all of these products are much younger than Google's messaging efforts. Consider competitors like WhatsApp (12 years old), Facebook Messenger (nine years old), iMessage (nine years old), and Slack (eight years old)—Google Talk even had video chat four years before Zoom was a thing.

Currently, you would probably rank Google's offerings behind every other big-tech competitor. A lack of any kind of top-down messaging leadership at Google has led to a decade and a half of messaging purgatory, with Google both unable to leave the space altogether and unable to commit to a single product. While companies like Facebook and Salesforce invest tens of billions of dollars into a lone messaging app, Google seems content only to spin up an innumerable number of under-funded, unstable side projects led by job-hopping project managers. There have been periods when Google briefly produced a good messaging solution, but the constant shutdowns, focus-shifting, and sabotage of established products have stopped Google from carrying much of these user bases—or user goodwill—forward into the present day.

Because no single company has ever failed at something this badly, for this long, with this many different products (and because it has barely been a month since the rollout of Google Chat), the time has come to outline the history of Google messaging. Prepare yourselves, dear readers, for a non-stop rollercoaster of new product launches, neglected established products, unexpected shut-downs, and legions of confused, frustrated, and exiled users.