Intel provides more details on its Arc GPUs, which will be made by TSMC 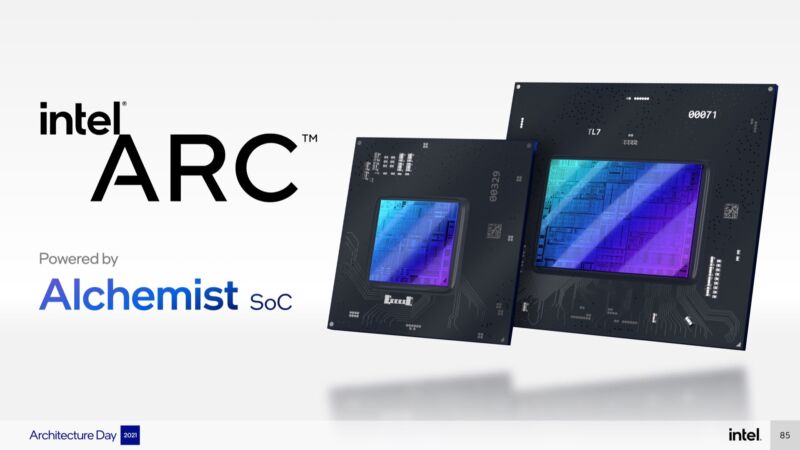 Earlier this week, Intel announced Arc, the branding for the new gaming GPUs that will face off with Nvidia's GeForce and AMD's Radeon cards when they launch early in 2022. Today, Intel provided a few additional details on Arc, its underlying Xe-HPG architecture, its graphics drivers, and the "XeSS" upscaling technology that will work with both Intel's GPUs as well as GPUs from Nvidia and AMD.

The HPG in Xe-HPG stands for "high-performance gaming," and it builds on the Xe-LP ("low-power") graphics tech included in Intel's 11th-generation Tiger Lake laptop processors and the low-end DG1 dedicated GPU. At a high level, Xe-HPG will support all of the features in DirectX 12 Ultimate, just like Nvidia's RTX 2000- and 3000-series GPUs and AMD's RDNA2-based Radeon RX 6000-series cards. This includes, most notably, support for hardware-accelerated ray tracing, variable rate shading, and mesh shaders.