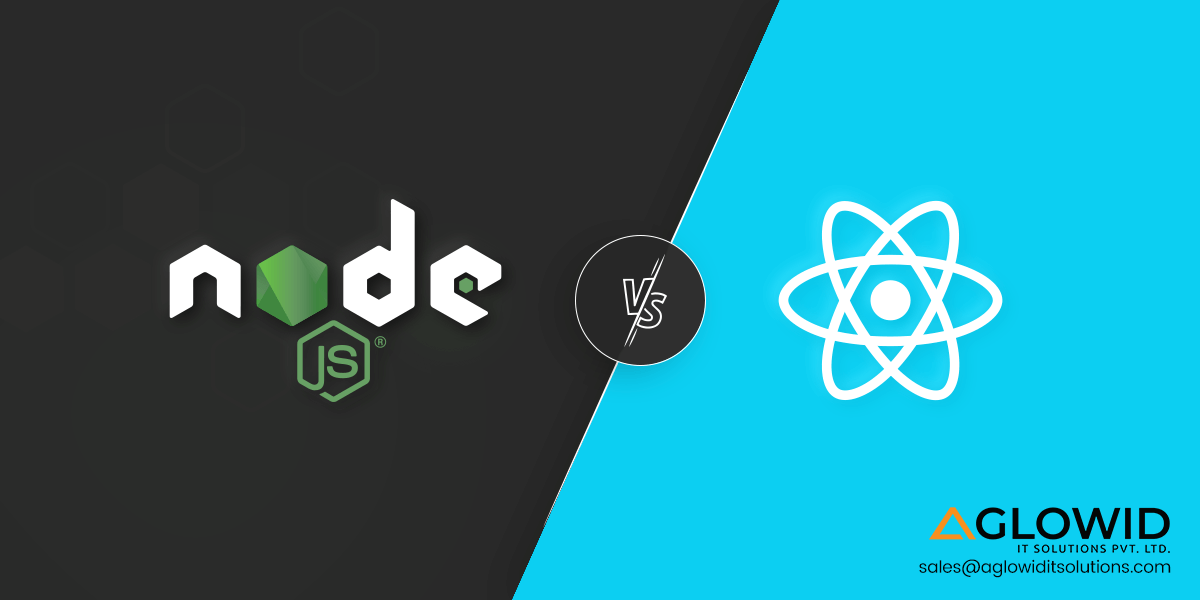 What are the differences between React and Node js? Who is the winner in the Node js vs React battle? Here is all you need to know about Node and React as individual frameworks, how they compete against each other, and how they can also be used together for full-stack web app development projects.

Both React and Node js are popular JavaScript libraries/frameworks used for developing modern, scalable and robust web applications for various industries. React vs Node is one of the most searched comparisons in the JavaScript realm; however, they are fundamentally different. Node is a backend framework, and React a frontend development library. Hence, before we start comparing the two, it is important to understand that they serve different purposes and are often used together to develop full-stack web app projects. With that in mind, let us understand the differences between React and Node js.

React.js vs Node.js – Frontend vs Backend | What are they?

So far, we know React is a frontend JavaScript library, and Node is a backend JavaScript framework. So, what is the difference between frontend and backend?

Why React.js for Frontend Development?

Here are some stats and surveys conducted by credible sources in the field of technology that prove React’s merit in the frontend JavaScript library market:

React.js has many beneficial features that make it stand out from other frontend JavaScript frameworks and make it an ideal choice for developers and clients alike. Here are some of the top features of React.js:

React.js development approach is centred around components. Therefore, react apps have various components with their controls and logic. Since React components are reusable, it helps keep the code clean and minimal even when working on larger projects.

React uses a virtual DOM, which works as a representation of an actual DOM object. Whenever any changes are made in the web app, the entire app’s UI gets re-rendered in the virtual DOM first. Then it compares that snapshot with the previous DOM representation and new DOM. Only the differences have changed once it is done comparing the real DOM updates. This helps make the app faster, with zero memory wastage.

Most web app frameworks support client-side rendering, and so does React. The issue with client-side rendering is that it is dependent on the browser to download a minimal HTML page which can offset or delay the time taken for the visitor to see the content of your website. React shines in this aspect as it also supports server-side rendering through which the components can be rendered on the server.

Unidirectional data flow or one-way data binding limits developers from editing any React.js component directly. They need to use a callback function to modify any property. This gives better control of the overall app, and additional resources are needed to manage the data flow from the other direction. React components are immutable; hence their data doesn’t change.

Benefits of using React.js as a frontend library

Limitations of React.js as a frontend library